Alameda Airport from the AIR circa 1935 Pan Am famed China Clipper Base. The one photo from National Geographic Magazine of 1936 is taken at almost the same place in the sky, is of the first flight on Nov 22, 1935. Benton Field With the lagoon used as a marina in this view, note the sunken WW I destroyers used as a breakwater, note Southern Pacific Red Train IER tracks along the estuary, air terminal building, this area where the airport and marina is was the future site of NAS Alameda built in 1940. SF is to the left, Oakland is across the estuary at top and main Alameda island is to the right. 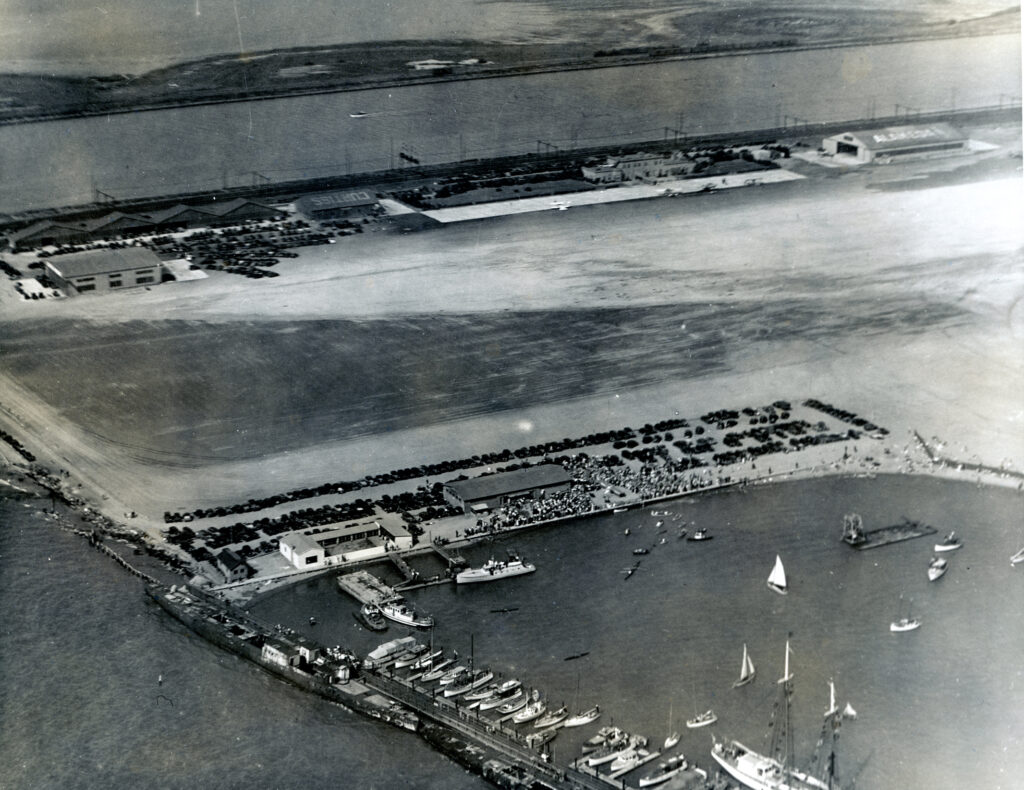